Issue 68: Background Music and The Tales of Beatrix Potter

We’ve been watching the programme “Professional Masterchef”, but I’ve become increasingly distracted by the background music to the point where I often miss the details of the culinary perfections being described as I am listening to the pianist doing their stuff.

Once, when we were waiting for an interminable time for the contestants to discover wjich unlucky person would be going home, I noticed that the music seemed relentlessly cheerful.

Through a meandering series of reminiscences, this reminded me of a lesson I taught to year 3 and 4 pupils about conveying action and story through music. I used a favourite DVD; the wonderful, wonderful Fredrick Ashton and Royal ballet version of “The Tales of Beatrix Potter” 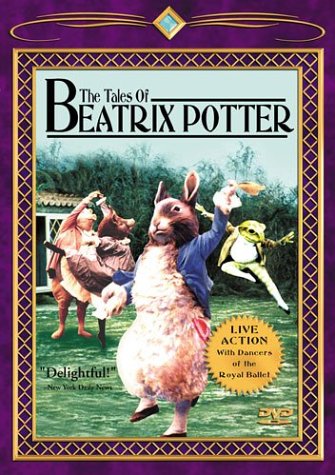 which came out in the 1970s. I chose the part with “The Tale of Jeremy Fisher”; where a frog has a narrow escape when he goes fishing. Once the children had got used to the idea that the story is told through mime and dance, they were enchanted. We watched the story, and then discussed what had happened. They were much more aware of the dance and the story than the music, which had mostly passed them by.

I then replayed the story, but stood in front of the screen so that they could not see the picture as the moment came when Jeremy is nearly eaten by the fish (I apologise for the spoiler to anyone who is new to the Beatrix Potter stories!). The music follows the action superbly, and the children were all as excited the music only experience as they had been by the dance.

Over the course of several lessons we watched quite a few of the episodes; Squirrel Nutkin and  The Tale of Two Bad Mice became favourites, as was the disastrous picnic and food fight between the Town Mice and the Country Mice.

Now that I have been reminded of this, I think I’ll dig out the DVD and add it to my lesson plans for this coming term. One way of developing the idea would be to move on to composing our own music to illustrate the story, and play it while the DVD is running.

This entry was posted in Composition, Lessons that have happened, The organised teacher and tagged background music, Tales of Beatrix Potter. Bookmark the permalink.