I thought this was a huge joke when it first came to my attention: http://www.youtube.com/watch?v=hpJ6anurfuw 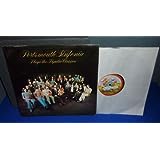 a youtube video of what happens when everyone swaps to an instrument that they can’t actually play. Laugh? I howled!

But it seems there is more to it than I thought. Oh no, another fake? Or maybe not.

Here’s an extract from Wikipedia; http://en.wikipedia.org/wiki/Portsmouth_Sinfonia

The Portsmouth Sinfonia was an orchestra founded by a group of students at the Portsmouth School of Art in England, in 1970. The Sinfonia had an unusual entrance requirement, in that players had to either be non-musicians, or if a musician, play an instrument that was entirely new to them.[ Among the founding members was one of their teachers, English composer Gavin Bryars. The orchestra started as a one-off, tongue-in-cheek performance art ensemble but became a cultural phenomenon over the following ten years, with concerts, record albums, a film and a hit single. They last performed publicly in 1979.

Bryars was interested more in experimenting with the nature of music than forming a traditional orchestra. Instead of picking the most competent musicians he could find, he encouraged anyone to join, regardless of talent, ability and experience. The only rules were that everyone had to come for rehearsals and that people should try their best to get it right and not intentionally try to play badly.

here are the opening paragraphs…

THE REAL GODFATHERS OF PUNK

Thirty-four years ago, a musician taught his band not to play. It led to anarchy in the UK, says Dan Cairns

Those people who say that British punk was born during the Sex Pistols’ debut gig at St Martin’s School of Art in central London on a November night in 1975 may need to think again. For there is a serious case to be made for its birth having occurred five years earlier in Hampshire. In May 1970, the composer Gavin Bryars, then a lecturer at Portsmouth College of Art, entered a talent competition entitled Opportunity Rocks with a scratch band he’d assembled for the occasion. Purely as a joke, and planning it as a one-off, he called the group the Portsmouth Sinfonia.

Well, I leave you to make up your own mind… 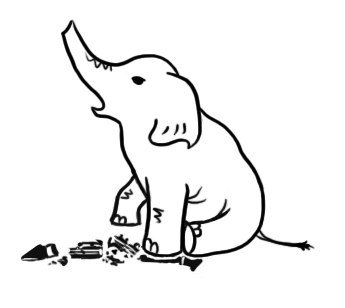 This entry was posted in The Jungle and tagged orchestra. Bookmark the permalink.