This game is a real oldie, and we all tend to do it at the start of every year in a vain effort to learn classfuls and classfuls of names in the first week of term.  This week I watched it being presented in such a clever, progressive way, that, with the permission of my colleague, I thought I should share it. 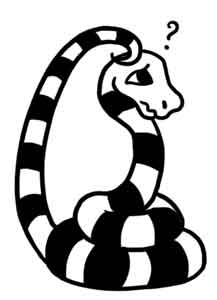 The name game is very straightforward in concept, but surprisingly difficult for many children at first.  I think this is because it demands control of pulse, movement, voice all at the same time.  Each child in turn may feel horribly exposed as they attempt to sort out all these elements and say their name at the right moment, and you can see the tension building up in the less confident children as their turn approaches.

This is the basic game:

Everyone sits in a circle, and, keeping a steady pulse you pat your knees on counts 1 and 2, and turn your hands palms up and gently bounce them to counts 3 and 4.  What you want to achieve is each person in turn says their name during counts 3 and 4.  This is quite tricky for younger children, and here is how my colleague approached it with a year 4 class:

All together, we started the hand movements and got a steady pulse going; pat, pat, bounce, bounce, pat, pat, bounce, bounce.  She stopped the game, and explained how there was a silence during the 3rd and 4th counts, and this was called “the space”.  Now, when we restarted the game, she said the words “in the space” over the two hand bounces on counts 3 and 4.  This clearly defined the “speaking” part of the pulse.

When we now played the game properly round the circle, each child was able to say their name, by themselves, confidently, correctly without hesitation or upsetting the pulse.  The children’s focus and concentration during the preparation, and then in the final version was impressive, and made a good start to the lesson.

This entry was posted in The organised teacher and tagged games, pulse, rhythm. Bookmark the permalink.