I’m embarking on a few weeks of exploring timbre with my year 1 and 2 class.

Last week we listened to three movements from “Carnival of the Animals” Saint-Saens, and discussed them as a class – what did we notice about the music, how did it make us feel, what kind of picture was it describing. The movements were:

The Swan (for long, joined up musical phrases)

Wild Asses (for “running up and down” music – pitch).

We did a bit of moving to music, with the exception of Wild Asses; once you have listened to the track you will realize why we sat down and just moved our hands for that one.

We then looked at the instruments I had brought; woodblocks and claves, tambourines and shakers, and glockenspiels, and sorted them into the three categories to fit the musical examples, and shared them out.

After a bit of chaos, order was restored by the simple method of using a single clave, a yellow glockenspiel beater, and a spare maraca to indicate who should play.

A pleasing medley of timbres followed, with the children taking turns at the different instruments, and the conductors – three at a time, each with one implement – directing proceedings.

Ideally we would have had time to talk about the combinations of sounds that we created – sadly we had run out of time, so this will be something to follow up next week when we add more sounds, and start combining them in response to either a picture or a story – I haven’t quite decided yet. 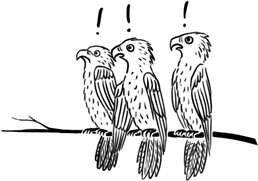 This entry was posted in Composition, Lessons that have happened and tagged timbre. Bookmark the permalink.