“A teacher is one who makes himself progressively unnecessary.” ~Thomas Carruthers

I have reached this place with a couple of students this term; they have travelled as far as they want to go and are ready to leave and carry on by themselves.

When they started, they had no idea of what they wanted to achieve. Over the years (one or two, maybe three or four, perhaps a little longer) it has become clear that they don’t want to notch up the grades, or wrestle with the finer points of technique and interpretation. 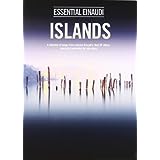 Generally, it’s when they start bringing in books of Einaudi, or Adele, or the current equivalent, that you know that they are approaching their destination.

If the student has learned enough from me to do what they want to do, then I have achieved my goal. Quite often, all they want to be able to do is read music well enough to play their favourite songs, read a lead sheet and add a basic left hand accompaniment.

Mozart sonatas and Bach fugues are not everyone’s taste. 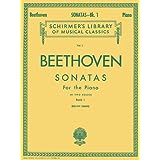 One student has done enough to be able to make a reasonable fist of playing the music for James Bond’s “Skyfall”. Another will probably move on to clarinet when they go to secondary school, so that they can join the orchestra and be with their friends. They should find that pretty straightforward, at least at first, after a couple of years learning piano. A third is going to concentrate on singing.

My job’s done. I’ll ring up the names on my waiting list and start over.

This entry was posted in The Jungle and tagged quotations, teaching. Bookmark the permalink.