I took some time out of the samba lesson at one of my classes to discuss timbre. The samba instruments are all very different, apart from perhaps tamborim and repinique which both have a fairly hard “tak tak” sound.

What became clear last week when I started teaching about timbre to other classes was that the children found it very difficult to find a vocabulary to describe sound – both in understanding what I was asking of them, and finding words to use.

I started by talking about onomatopoeia; words that sound like the word they are naming or describing, like 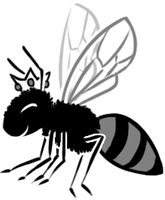 The children quickly got the idea, and added all sorts of examples. I then chose a child to play each instrument in turn, and the children found words that imitated the instrument – “boom” for surdo  and so on. From this starting point, I could ask about attack and fade – for example “ssshhhh” for the ganzas (shakers) has a long soft start and finish, and “ding” for agogo bell has a short, hard start – “d” (attack) and longer, slower ending “ng” (fade).

This has given us the starting point we need to be able to discuss timbre; next week we can add other adjectives to describe the quality of sound for other instruments and build a vocabulary and understanding of the concept.

This entry was posted in Class Teaching, Samba and tagged timbre. Bookmark the permalink.