A few weeks ago I posted on this topic; what happened was that I thought I would be teaching in the hall (no IT, no big screen, just me, the children, instruments and my music system) when I was “bounced” back into the classroom because the hall was needed for the gymnastics class.

So, music and movement was “out”, but the opportunity for using the interactive whiteboard was “in”. Mt topic for the half term was pulse and metre – identifying two-and three- time.

We sang songs, did musical activities and so on, as planned, but had to reduce the amount of movement that could be done in the cramped classroom.

However, having the use of the whiteboard was great! We watched clog dancing!

First off was the clog dance from La Fille Mal Gardee

which caused a lot of interest and comment. We watched it several times. The children loved the comedy and the story-telling, and the way the music and dance worked together. We kept the pulse by tapping on knees, and noticed how the dancers also kept in time.

Then came the Lancashire Wallopers; 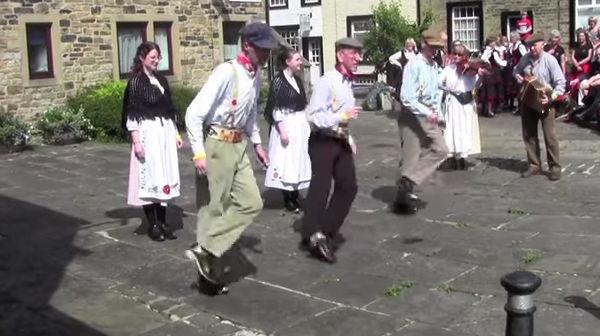 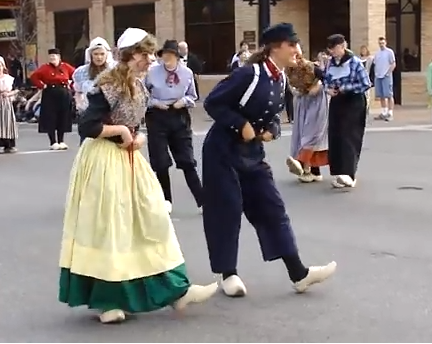 After we watched the klompen dancers a few times, we then adapted some of the moves to make our own dance, using the music from the video. I formed the children into two lines with sufficient distance between to avoid any accidents when they were doing some of the more extravagant leg movements…

All of these dances can easily be found on youtube – search for La fille mal gardee clog dance, Lancashire Wallopers and Dutch clog dancing.

This entry was posted in Class Teaching, Lessons that have happened and tagged Dance. Bookmark the permalink.