One of the QCA units for class music in year 3 and 4 is called “Animal Magic”.  It is a unit that I enjoy teaching, as it is easy to find suitable music to listen to, and there are so many opportunities for incorporating composition and movement. 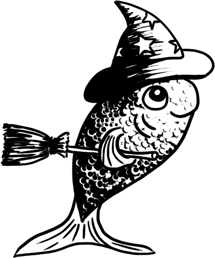 As usual, I went down the path of listening to various pieces from the “Carnival of the Animals”.  The plan was to listen to a piece of music, for example “Kangaroos”, and then, without discussing which animal it was, for the children to all move around the hall in the style of the animal that they thought it was (kangaroos, but also rabbits, mice, cats stalking mice, butterflies appeared as alternative offerings).  All went well.  “The Elephants” was variously interpreted as elephants, hippos, ducks (giant ducks?) swimming on a pond. “Aquarium” was slightly misinterpreted as “Harry Potter” and the children had to be separated from their broomsticks and encouraged to swim instead.  All went well until I clicked on the wrong track and played “Wild Asses”; suffice it to say that I tend to avoid that track now.  “The Swan” calmed things down and we were back on course.

The theme developed over subsequent weeks; we used classroom percussion instruments to create short sound sequences to describe animal movement, such as walking, flying, slithering, combined the sequence and modifyed them to give an idea of the size and ferocity of the animal (drums for elephants, fingernails on drums for squirrels, triangles for butterflies).  Lessons were full of activity and expressive sounds, and the children had a great time with the contents of the music cupboard.

We built up to our Grand Finale; groups of around six children writing a short scene to describe some kind of animal activity.  Some of the group would act the scene, some provide the sound, and one or two read out a commentary of what was happening.  The noise and activity in the hall was immense; arm a child with cymbals and a wooden beater and they can’t stop themselves from playing it for all they are worth, even though a few blows are enough to let everyone know what it sounds like.

Finally we arrived at the point where each group was to perform their piece in turn, with the TA wielding a video camera.  We had snakes chasing birds, tigers stalking deer, butterflies looking for flowers, all with great actions and sensitive, well-chosen musical accompaniments.  The latter always surprises me; it is remarkable that it is possible for such sophistication to emerge from the deafening wall of sound created by a class of thirty children all composing like mad all at the same time!  It was time for the last group.  The narrator and the musician were one and the same child; he sat on the floor holding a piece of paper and surrounded by a selection of drums and tambourines.  The others were grouped together in a corner of the hall.  “The wildebeest were all grazing happily when it was time for their annual migration,” announced the narrator, tapping slowly and gently on the smallest drum.  “They set off across the plains to their new pastures.”  The drum continued, and the wildebeest all moved off round the hall.  “Suddenly, (loud bash on a cymbal) something frightened them, and caused a stampede”.  The wildebeest set off at a gallop, encouraged by increasing tempo and volume on the drums.  Whatever was to follow was lost as the wildebeest careered round the hall, spurred on by an energetic performance by the narrator and encouraging yells from the rest of the class.

Order was eventually restored by the removal of the beaters from the musician, and vigorous implementation of the “Silence” signal.  Definitely a bold and fitting conclusion to our work on “Animal Magic”.

This entry was posted in Composition, Lessons that might have happened and tagged animals, composition, keystage2, listening, NC1b. Bookmark the permalink.