Well, that’s a challenging remark to be on the receiving end of.

But that’s only the beginning of what the year 6 child had to say to me. “I don’t want to be a musician when I grow up, so why should I have to do music? It’s a waste of my time. It’s boring and I hate it.” 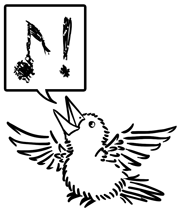 I think I’ve remembered the gist of what he had to tell me. He was an angry young man, and he did not mince his words. The worst thing of all was that he was talking about the lessons that I am teaching to his class. Ooof! That hurt!

Now, he has ” educational issues” which go some way towards explaining his devastating frankness, his black-and-white outlook on life and the universe, his “person-centred” viewpoint of the world, which he sees only in relation himself and takes no account of other people’s opinions and feelings. However, I still feel it is important for me to listen to him, and reflect on what he has just said, and take his “critique” of my lessons seriously.

So, I took a long hard look at the lessons.

The overall standard of behaviour in the class is not great, and it is the first lesson after lunch. They enter the teaching space in dribs and drabs, and tend to sit about chatting, totally disregarding me and my music-teaching colleague. This rather sets the tone for the rest of the lesson, and we now have to spend too much time getting the class to “come to attention” and focus” and be “energetic”. To be brutally honest, if you haven’t switched everyone “on” from the first minute of the lesson, you are now going to be playing “catch-up”. The first challenge for us is to manage the opening of the lesson better – hopefully with cooperation from the class teacher – but more likely by ourselves.

Because it is a year 5 and 6 class, and the instrument choice is the same as last year,  we are in the situation of trying to teach raw beginners at the same time as children who covered all this ground last year and would much prefer something new. The “angry young man” is one of those doing the second year – and he clearly has a low boredom threshold! So, the second challenge is how to teach the basics without boring the children who have done all this before.

I have some sympathy with the complaint of “why do we have to do music anyway”. It is not an obvious subject, for example like reading, writing, science, which are all subjects with SATS testing associated with them. Then there’s  PE; so, you might not like it, but EVERYONE knows the exercise is good for you. Art subjects at school have potential for mess and disorder. I’m thinking about all that paint and print and glue and cutting things up into little bits. It’s more like playtime than work. But music – what am I teaching them that is useful to the non-musicians? There isn’t even a test at the end, so who cares anyway?

The answer to the first challenge is going to be relatively easy. We – that is, my colleague and I – will need to be much quicker at getting the children active and busy in some physical activity, perhaps involving music with a driving beat, which requires a certain level of concentration and fun. We will have to be ready to start the activity the minute the first few children wander into the hall, and it needs to be something that the others can join in with as soon as they enter. Give them NO CHANCE to sit and chat – get them going!

The answer to the second challenge is trickier. We DO have to teach the basics – to year 5, and also to the year 6 children who can’t remember from last year. Maybe we should issue “driving licences” for them to collect stickers to prove they have learned to “drive” each instrument, and reached a standard in each element? Can we make time for independent practice rather than working with each group in turn before combining everyone?

I have also come to the conclusion that we need to include a lot more creative activity in the class – the instruments that we use don’t lend themselves to this very well, which means maybe using other class percussion instruments, particularly pitched percussion, and planning small group composition work. I can see some Very Noisy Lessons in the near future.

Finally, I think that maybe we should be more explicit about the “non-musical” benefits of music lessons – learning skills, listening and memorising skills, teamwork, taking turns. We teachers know about this, but maybe it hasn’t occurred to the children that there is more to music than simply playing in time and singing in tune?

This entry was posted in Class Teaching, Learning, The organised teacher and tagged behaviour management, Boring. Bookmark the permalink.