Yes, turned up to teach djembe, to discover that The Key to the room where the djembes are kept and the lessons happen, was lost. 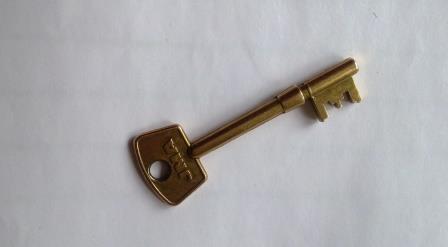 No, not this one!

I hung around for ten minutes or so while various people scattered in different directions, but it became clear that the key was not going to turn up any time soon.

No matter – my mind had been busy turning over possibilities. I’m doing “Singing Playgrounds” with another year 3 4 class in another school (more on that in another post…) so I thought I’d just do singing games in the hall – no need for any equipment.

Ah, but the hall was not available. So, we crammed into the classroom (already set up for the next lesson, unfortunately, but we managed to clear some space) and I gave random answers to random questions “What are we going to do?” “where shall I sit?” “Would you like a cup of coffee?” while I set up my portable amp and searched through my trusty mp3 player.

The introduction to “Peter and the Wolf” made a calming opening (this is a lively class at the best of times, and this wasn’t one of those times). I was planning to do “Instruments of the Orchestra” as a listening project anyway. We listened to it twice, second time through to see if they could identify which instrument was being played, remember the name of the instrument and the character it represented.

I also had a bag of samba instruments with me – an agogo bell, tamborim, and ganza. This is because, in honour of the Olympic Games and also to create a cultural connection, I’m teaching a samba reggae rhythm from the Beatlife Samba Book adapted for djembe. (This group has found it difficult to combine rhythm patterns successfully, and I thought that, weirdly, the samba rhythms would actually be a bit easier.)

So I demonstrated the correct way to play them, without whacking someone in the eye with the tambirim whip, or chipping bits off the wooden stick on the agogo bell, or popping the end-stop off the ganza and releasing all the little beads – voice of experience here). I passed them round the circle, reminding them of the different rhythms

We then handed out a random selection of instruments, sorted them into metal, wood and shaker and had a go at creating the samba. It went pretty well – we had to keep the sound levels down because of the class next door but by the end of the lesson we had a a bit of a samba going, with different sections starting and stopping, following signals from the leader (me).

IF the key has turned up, we can have a go at combining the patterns using djembes, maybe with one or two cowbells and shakers to add some different timbres… Should be fun! 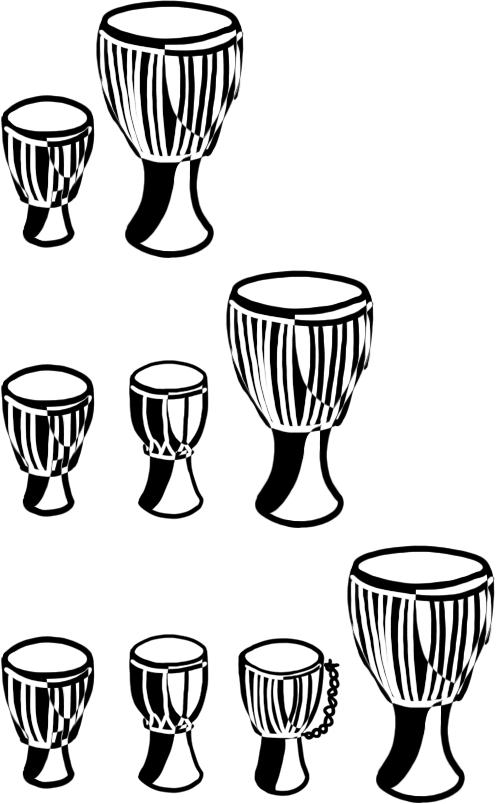 This entry was posted in Djembe, Lessons that have happened, Listening Music, Samba. Bookmark the permalink.