Oh, I should have made it clear that it was Michelangelo who was 87 years old, not me, in this quote that I shared a few days ago.

Anyway, how ever old I am, I still like to add a little spice of danger into my life.

Which is why I daringly decided to teach this ball bouncing, partner game to a class of thirty year 3 and 4 children, which includes some “interesting characters” as a colleague used to call them. 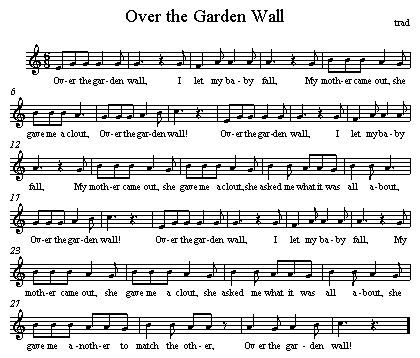 It is a cumulative song, extra lines being added each time you sing another verse. The idea is that you bounce the ball from one person to another, so that the ball hits the ground on the first beat of every bar. (OVer the garden WALL, I LET my baby FALL etc)

I have taught this lesson before, and am beginning to get the hang of making it a chaos- and stress-free experience (depending on your own tolerance for chaos and stress).

Step One: standing in a circle, with the “Known Characters” strategically positioned between grown ups (I include myself in that catergory) and Sensible Children, we started by learning the song, and clap;ping the first beat of each bar.

Step Three: I set out the “rules” of the “game” –  they could have a ball each, to bounce and catch by themselves, and anyone who dropped their ball was out, and the ball would go back into the bucket. Hiss of in-drawn breath, but they accepted the challenge. We sang through – well, I sang the song, they were all far to busy bouncing and catching. Result.

Step Four: I chose another child, and showed how you could bounce the ball between each other. Now I was sweating a bit, as I didn’t want to drop the ball and be out!

Step Five: Have three pairs of children, spaced inside the circle, trying to do the game. This is where they discover that as well as catching the ball, you have to be very careful how you throw it, otherwise your partner won’t be able to catch it and YOU WILL BOTH BE OUT!

Step Six: I paired up the children round the circle “one, two, one, two”, etc. Number Ones lined up along a a wall “Anyone who drops a ball is STILL OUT”. Number Twos handed in their ball and then went and stood opposite their partner.

Step Seven: Trial run – I let them have a few trial goes, so that they could find the right distance apart.

Step Eight: Absolute quiet. Nobody moving. Issue clear instructions; “I shall say ‘One Two’ and then start the song. If either of you drop the ball, you BOTH sit down until we start again.”

Step Nine. and Ten. and so on: Play the game.

Trust me; if you miss a single step, you WILL have chaos! But, by keeping it all very calm, and progressing stage by stage, you will have a Great Time! And we didn’t break any windows, not even when we finished the lesson by making up our own chants and games.

This entry was posted in Class Teaching, Lessons that have happened, Songs and tagged singing games. Bookmark the permalink.