I found this song and game on youtube; https://www.youtube.com/watch?v=-Oz5wOq8qLY 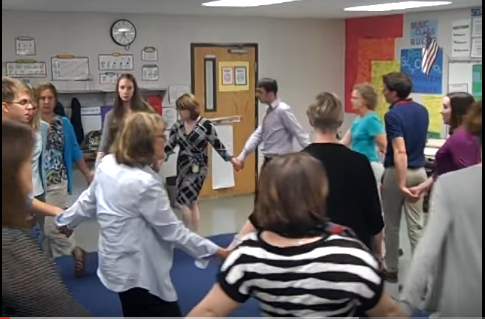 no, back a step, I found the song on www.singup.org which is a great song site, but you need to PAY MONEY to join it (but loads and loads of resources). I’m fortunate to have membership through one of my various places of work.

It’s a little “so-mi” song. You’ll have picked up the tune and words within a few seconds of watching the youtube clip. The game is so simple; the leader leads the children into a spiral, and when they reach the centre, they turn and lead the children out. Magically (or topologically), the children end up back in a circle but facing outwards. 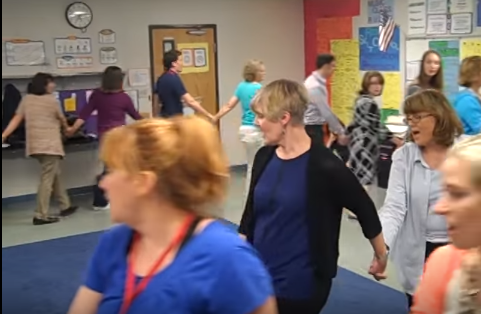 The leader continues back into the spiral, and out again, and, with more magic (or topology) you all end up back in a circle facing inwards.

I showed the video clip to the children (reception, year 1 and year 2) having introduced it as “some teachers having a music lesson”. In fact, the first class I used this with, I had the clip running as the children came into the hall; they couldn’t take their eyes off the screen as they walked in and sat down.

We discussed what we had seen and heard. I made a big deal about walking slowly, not rushing, not pushing or pulling, carefully following in the steps of the child in front, and then we had a go. It more or less worked first time; the things to be aware of it that the children at the tail of the snail will find themselves being pulled along to catch up, and will start running rather wildly (strategic positioning of adult helpers near, but not quite at the end will help control this) and also, when we ended up facing the wrong way, several children wanted to “fix” this by turning round.

Then we watched the video again to compare how we managed with how the teachers’ effort.

This was well worth doing. I didn’t repeat the game in the same lesson as I reckoned some of the children would not be so fascinated a second time and would start pulling and pushing, but I will incorporate it into future lessons as part of a longer series of activities. Next step – maybe learning to play the song on tuned percussion? 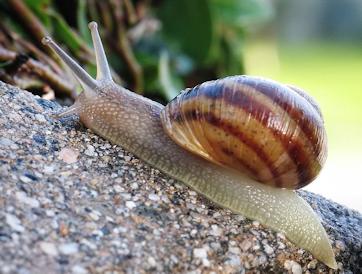 This entry was posted in Class Teaching, Early Years, Lessons that have happened, Songs and tagged singing game, so mi songs. Bookmark the permalink.