My finger puppets have been working hard. 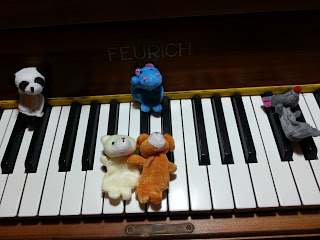 I was able to teach a class of thirty year 3 children how to play the note “C” in just a few minutes. This was in the seventh of a series of ten lessons, and they had already learned B, A and G, thanks to the “Recorder Magic” interactive video: 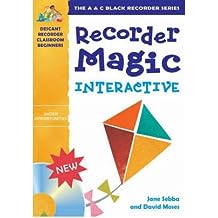 My next step was to place a finger puppet on the first finger of my left hand, form the letter A on my recorder (two fingers and a thumb) and then make my finger puppet go up and down, explaining that when it was up, I was making a C, and when it was down, I made the A. With a bit of care, I could actually play the two notes with the finger puppet in place.

Now, I selected two of the children who I knew would be able to succeed. I stood them up before the class, handed them each a finger puppet, and got them to follow my example. They chose another two children to have a go, and then I handed out the rest of the finger puppets (ten in the pack!) Very soon, everyone had had a go, carefully watched by their “recorder buddies” to make sure that they had put their puppet on the correct finger. 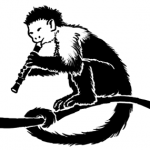 This entry was posted in Class Teaching, Lessons that have happened, Recorders, Resources and tagged finger puppets., recorders. Bookmark the permalink.