I did it! I survived!

We all did it and survived – it was a magnificent piece of planning and cooperation and teamwork. 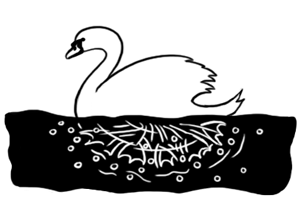 I’m talking about the first Whole Class Ensemble Session of the year with a cast of the class teacher, the music teacher (that’s me), the Teaching Assistant, and 29 eager seven-year-olds.

We planned out all the steps in advance – how we would get the guitars from the great guitar mountain in the corner of the classroom, and then the chairs, also from the classroom into the hall, and allocate the guitars (by size of child and size of guitar) and record who had which guitar, and still have time to actually play the guitars before the allotted 45 minutes were up.

In all the teaching I have ever done, it is not the actual teaching that has ever been difficult, but the distribution and packing away of instruments which has caused me the most grief. Nothing beats detailed planning.

In the end, we three adults micro-managed the children every step of the way. We controlled how they carried the guitars and where and how to place the guitars in a line ready for allocating them later. We explained, directed and organised how they fetched their chairs and placed them in rows, carefully spaced and angled so that there was less chance of hitting each other with the tuning peg end of the instrument.

Then we lined the children up, tallest at one end and smallest at the other, and allocated the guitars. While we were waiting to complete that task, I started a song with the ones who were waiting.to keep their minds off wanting to unpack and get playing.

Abracadabra! All guitars allocated, all children seated, and we were ready to unpack with still fifteen minutes to go!

I steadily took them through gently playing each string in turn while chanting ‘Eddie Ate Dynamite Good-Bye Eddie’ (children don’t seem to mind the violent implications). We even got as far as identifying the three higher strings, just playing ‘Good-Bye Eddie’; this will stand us in good stead for when we start playing three string chords.

It was a fast-paced, physically and mentally tiring lesson to get all this hectic activity completed while maintaining a calm and disciplined environment, but we succeeded.

Roll on the next lesson – let’s hope we can keep this up.

This entry was posted in Class Teaching, Guitar and tagged organisation. Bookmark the permalink.