How to Practice for the beginner pianist

This week I have been creating practice charts for many of my beginner students. They are tailored to the age and ability of each students, and how (if?) they are progressing.

This example is roughly what I wrote into their notebook for a young beginner;  The idea is to get them to move on from just playing everything through once and then getting bored.

The idea is to give them a structure for their practice time which provides variety, helps them to be a bit more thorough in their learning, and helps them see some progress.

I have also sent an email to their parents with a detailed worksheet for four practice sessions; I did this for a couple of weeks for a girl I inherited who Never Ever Practised and was ‘still on book 1’ after three years! It was a bit of a pain creating and sending these emails, but after a month she had made so much progress that she continued under her own steam and has (almost) never looked back.

I do find it all a bit of a fiddle, especially the individual emails home, but it is worth the effort for the sake of the rewards for both pupil and me later on! 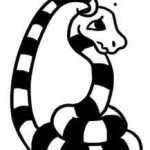 This entry was posted in Learning, Piano, Practising and tagged practising. Bookmark the permalink.