This term, I am using the topic of “around the world” as a starting point for my keystage 1 class music lessons. I came up with the bright idea of using the number of syllables in the name of a country to create a simple graphic score. We would write down the name of the country, clap the syllables, play the syllables on percussion instruments, and develop the idea by saying loudly if we were “in” the country, and softly if we were far away.

I did realize that many of the children would have difficulty in writing the names of the countries – well, to be honest, some of them would have difficulty writing, full stop – but it is a small class and I have a TA so I reckoned we would manage. One of the hidden objectives was to include writing as part of the music lesson in a non-pressured context. 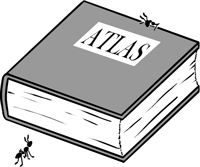 The class of Reception and younger Year 1 children proved to be reasonably competent at “clapping your own name”. I happened to know that they had done a lot of work on this last term. There were just a few snags to be ironed out; Sa-am had to be persuaded that his name had just one clap, and V-i-c-t-o-r-i-a took forever to get through her name the first time around, but on the whole things went fairly well.

Actually, V-i-c-t-o-r-i-a was a hint of the trouble to come. Some of these children are fluent readers and writers, while some have barely begun to make the connection between letters and words. The meant that any lesson which involved writing words on whiteboards was bound to encounter a few difficulties along the way.

All the children were very enthusiastic to be given whiteboards and pens. Many set to work, making a good effort at writing names of countries. Others needed a bit of firm encouragement to finish drawing stick people and return to the business of writing. Then it was a quick check of syllables; “En-ger-land” was a common choice, and I thought that “Ossteraaaaaallleeaa” was a very fair estimate for the long name of a big country far, far away.

Percussion instruments were handed out, brief scuffles for the tambourines or triangles ruthlessly dealt with, and we were away. The classroom became a scene of vigorous activity and a considerable volume of sound as the children got to grips with composing, notating and performing.

From the point of view of a music lesson, I thought it went very well. The children got the idea of using creating and graphic scores, and had no trouble with the concept of BIG dots meaning LOUD sounds, and little tiny dots for soft sounds. Some went further, and included medium-sized dots as well.

There was much for me to take on board as well. As a music teacher, I’m not particularly knowledgeable about how children are taught to read. The “spelling out of sounds” method looks as though it works well for the carefully structured reading scheme books, but then in real life you have to deal with all kinds of words which defy this process, such as “Isle of Wight”. Even the children’s names refuse to comply; for example, Thomas and Niamh. The children who have already got the hang of reading seem to deal effortlessly with the separate concepts of spelling and syllables, but this is a real problem area for some of the others.

I’m going to have to have a chat with the teachers to learn how they teach these skills so that I can follow the same kind of methods and structures that the children are already used to.

This entry was posted in Composition, The organised teacher, Uncategorized and tagged composition, graphic score, keystage1. Bookmark the permalink.