This was the perfect seasonal vehicle for my year 3 ukulele and recorder class. So far we have concentrated on the notes C B A G on the recorder and our current project on ukuleles is getting to grips with G major.

First of all I taught the whole song by rote. Most children knew it anyway.

Once we had learned it (didn’t take long!), I wrote the first line on the whiteboard: 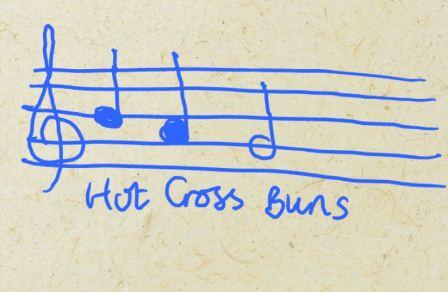 The next step was to work out the missing line. The rhythm posed no problem, but finding the right notes stumped most of them. I had to be a bit quick to persuade the flute players not to give the game away, as they had already learned the whole of “Hot Cross Buns” in their flute lesson last week! I played the suggestions for the first note, and we agreed that it wasn’t A or B. Aha! It’s a G! 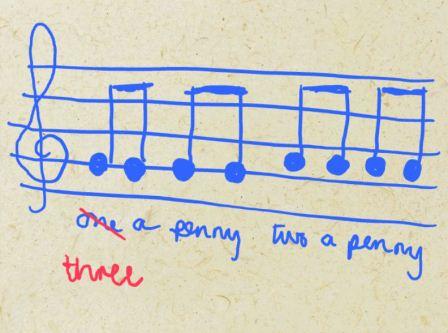 Switching over to ukuleles, we just played chord G in time with the pulse. It doesn’t fit properly with the third line, but we didn’t let that stop us from having a good time. 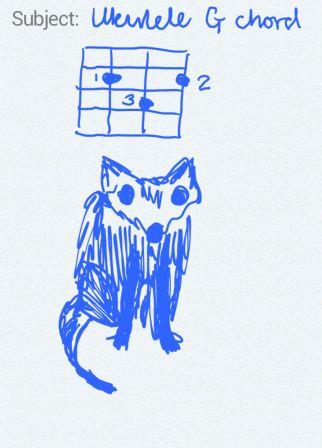 The only little hiccup was dealing with the creative input from a couple of lads in the back row. I thought “Hot Cross Mums” was quite amusing, but took action when they moved on to changing the first “M” for a “B”…

This entry was posted in Recorders, Songs, Ukulele and tagged easter, recorders, ukulele. Bookmark the permalink.